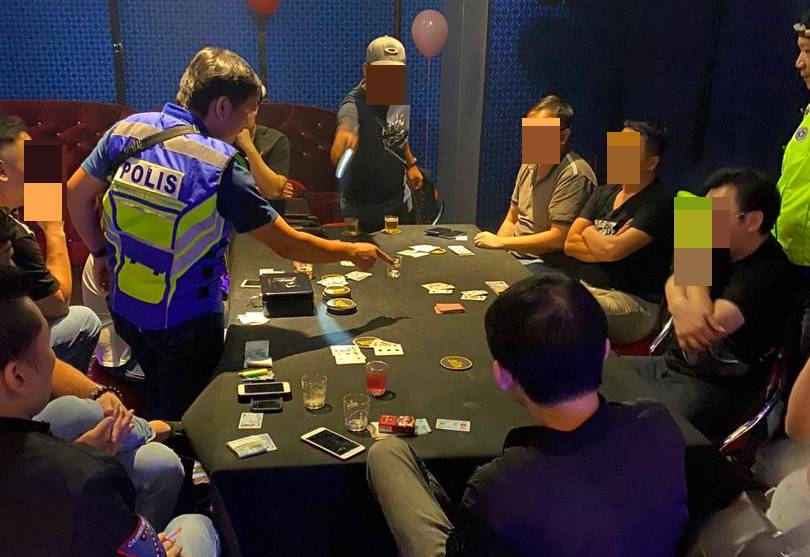 PETALING JAYA: Police have busted a "mini casino" hidden inside an entertainment outlet in Seri Kembangan.

The raid by Bukit Aman early on Saturday (Jan 18) led to the arrest of 58 people, including 26 GROs.

Police found the casino on the second floor while inspecting the premises.

The game of choice at the casino were sam cheong and tau ngau, with bets of around RM15,000.

Police also detained 26 foreign women suspected of working as GROs. Investigations showed that customers were charged RM180 per hour for their company.

He said all the suspects had been brought to the Serdang police headquarters for further action.

"The suspects were aged between 19 to 40 years old. Checks showed that the entertainment outlet had a valid license, until April 13, which was issued by MPSJ," he said in a statement.