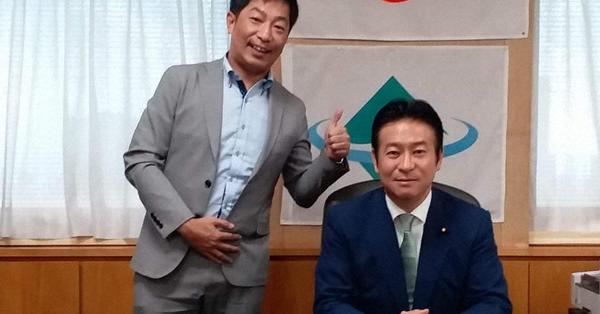 TOKYO -- An adviser to a Chinese company under arrest on suspicion of bribing legislator Tsukasa Akimoto has told prosecutors that he sought to form closer ties with Akimoto when the politician became a state minister, sources familiar with the investigation said.

"I tried to form a closer relationship with him when he assumed the position of state minister in charge of integrated resorts," Masahiko Konno, 48, an adviser to 500.com Ltd., was quoted as telling the special investigation unit of the Tokyo District Public Prosecutors Office.

Konno is a key figure in the case, who served as a mediator between the company and Akimoto, a member of the House of Representatives who was until recently with the ruling Liberal Democratic Party (LDP). Konno was allegedly seeking favorable treatment for 500.com for a role in a new "integrated resort" (IR) including a casino.

According to the sources, Konno first met Akimoto when he asked the legislator to deliver a keynote speech at a symposium on casino resorts that 500.com held in August 2017.

When Akimoto became state minister in charge of the casino resorts three days after the event, the firm decided to boost Akimoto's lecture payment to 2 million yen (about $18,000) from the original 500,000 yen. The money was subsequently remitted to the account of a company linked to Akimoto.

The Chinese company was aiming to join a resort project in Rusutsu in the northernmost prefecture of Hokkaido. Konno has apparently admitted that he was asking Akimoto to make it easier for 500.com get in on the project.

Before he was arrested, Akimoto told reporters, "I was initially asked to introduce a speaker to the firm. However, as time passed, I had no choice but to go to the symposium for social reasons. I never received a lecture fee."