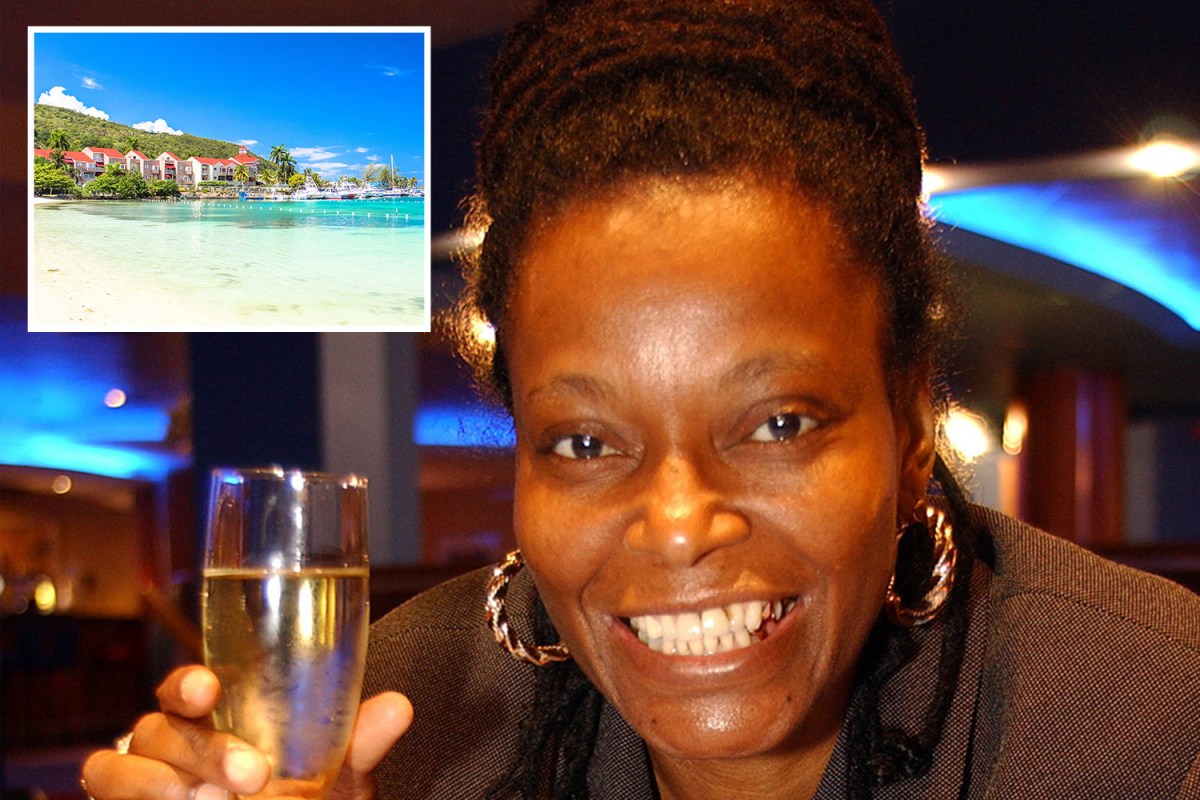 A BRIT who won £300,000 at a casino was found hacked to death in her Jamaican dream home.

Evadney Gayle, 67, was murdered in her new home in St Toolies, Jamaica on November 17.

The grandmother had only been in her new home three weeks before she was brutally killed.

According to reports, her dead body was discovered by a close relative.

It is understood an arrest has been made and the suspect was known to Mrs. Gayle.

The Birmingham shopkeeper had used her extravagant win of £300,000 to build the dream home in Jamaica, where she was born.

The 67-year-old had become another "returnee" - a Jamaican-born UK citizen who started a new life back in the land of her birth.

While living in Birmingham, Mrs. Gayle owned a clothing shop with her late husband Dennis but then moved onto owning a number of busy Jamaican greengrocers.

Mrs. Gayle, who lived in Edgbaston, Birmingham, made the headlines in 2003 for winning the highest ever UK win from a £1 Stake on a national game.

Several people in Birmingham were shocked to hear of Mrs. Gayle's murder.

One close friend, who asked not to be named, told the Birmingham Mail: "She was a lovely, lovely lady.

When she said she was going to Jamaica, I told her, 'don't fight any issues about land, don't go there and fight people for land - it's not worth it'.

"There are people returning to Jamaica every day, hundreds of thousands have returned back home."

Commenting on her friend's death, she added: "When they do that in Jamaica, they make sure they are dead.

"It's usually about a family feud over land, jobs or money. Ninety-nine per cent of the time, it's not done by strangers."

A member of the Birmingham Association of Jamaican Nationals said: "It's shocking, she was always saying she was going back to Jamaica. Her shop on Dudley Road sold Caribbean food and was well known."

A nephew, living on the island, told the Jamaican Star: "This incident has shaken our family.

Everybody's messed up because of the way she died. Nobody has taken it good. I don't even sleep from last night."

Evadney is one of many Brits who have been murdered in recent years in The Carribean.

In May 2018, a British dad and personal trainer was found battered to death in his underwear after what was thought to be a "botched burglary."

The 29-year-old Dannie Lea, from Stoke-on-Trent, was found with head injuries in the front yard of his property in Nassau, The Bahamas.

Police decided not to treat the case as a homicide.

Last year Robert Hathaway, 66, was violently stabbed to death in his bedroom in St Lucia.

A woman was charged with his death on November 4.