Casino: 10 Worst Things Ace Ever Did 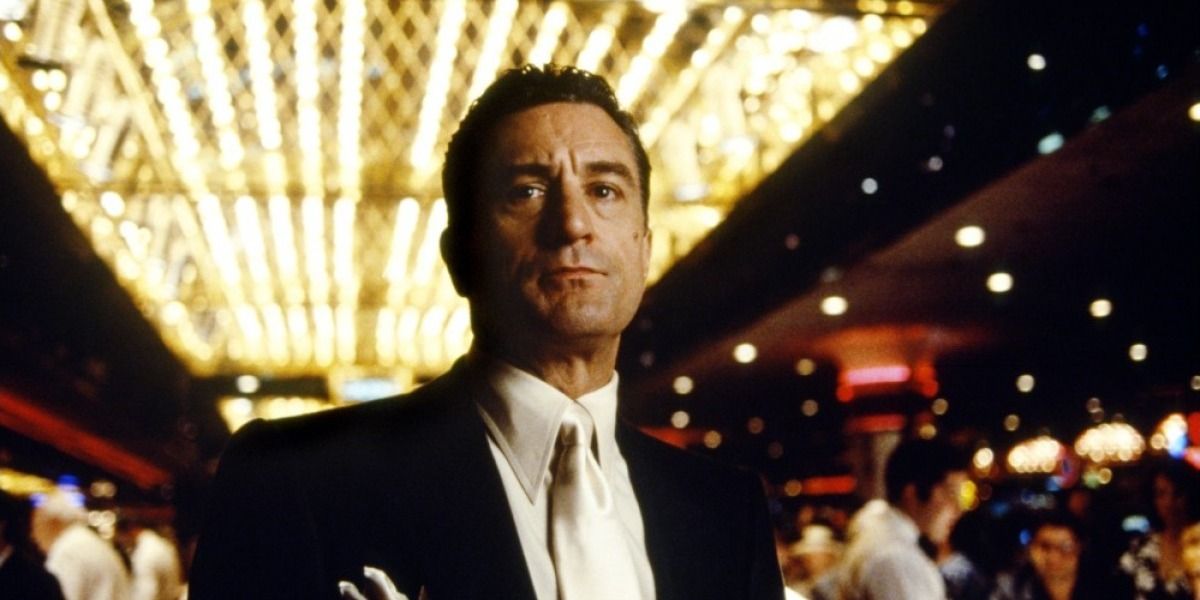 Alongside Goodfellas and the Godfather trilogy, Casino is often considered one of the finest gangster movies ever made. American maestro Martin Scorsese reunites with longtime collaborators Robert De Niro and Joe Pesci to tell a tale of greed, excess, loyalty, betrayal and ultra-violence in Sin City.

The film follows Sam "Ace" Rothstein (De Niro), a Chicago mafia don sent to oversee a teamster-funded casino in Las Vegas, Nevada. The more powerful Ace becomes, the more awful things he has to do. As we look ahead to Scorsese, De Niro and Pesci's new movie The Irishman, here are the 10 worst things Ace ever did in Casino!

The tragic downfall of Ace never would have occurred without his decision to leave Chicago for Las Vegas in the first place. Indeed, every bad thing he does in the movie stems from migrating west!

Granted, Ace probably didn't have much of a choice in the matter, as he was ordered by the Chicago Outfit to head up a Casino in Vegas. However, Ace didn't put up much of a fight in refusing the post. Sam's greed and desire for power clouded his judgment, leading to a triumphant rise and tragic fall in Sin City.

While Ginger McKenna (Sharon Stone) is a gorgeous, irresistible force of nature, one of Ace's worst decisions was pursuing a long-term relationship with the volatile hustler and con artist.

Sam is a very rigid and measured man of order. Ginger throws his life into utter chaos once they become married, eroding their bonds of love and trust along the way. Ginger's sordid past and relationship with ex-boyfriend Lester Diamond (James Woods) puts her and Sam's daughter in jeopardy. Their marriage is a constant source of trouble for Sam.

In the attempt to save his failing marriage, one of Ace's worst decisions is having Lester Diamond publicly assaulted after he witnesses him try to swindle Ginger out of $25,000.

While the act was meant to show Ginger how much Sam loves her and the lengths to which he will not tolerate infidelity, the plan backfires. Once Lester is beaten, Ginger increases her drug and alcohol abuse and falls down an irredeemable path. By having Lester assaulted, Sam further drives a wedge through his rocky marriage to Ginger.

With unforeseen ramifications, Ace probably regrets his decision to fire the well-connected rube of a floor manager in Don Ward (Joe Bob Briggs). It's always who you know!

When dumb Don Ward fails to notice foul play when a slot machine continues to pay out large sums of cash, Ace fires him on the spot. What Ace didn't know is Ward's brother-in-law, Patt Webb (L.Q. Jones), is the county commissioner. After firing Ward, Webb denies the renewal of Ace's gaming license, which compromises his position of power.

Once Ace is denied his gaming license, he immediately blames pal Nicky Santoro (Pesci) for getting too sloppy. After all, it was likely Nicky's men who rigged the slot machine that ended in the termination of Don Ward.

Tempers flare when Ace confronts Nicky over his wild ways. This perforates the growing rift between Ace and Nicky, who no longer share the same goals as Sin City mafiosos. Ace wants to conduct business on the up and up, by the book, while Nicky wants to run roughshod over the whole town. Blaming Nicky has even worse unforeseen consequences.

Although legitimate on the surface, one of the worst things Ace could have done for his criminal career was to raise his profile as a TV talk show host.

Intended to drum up business for his casino, both Nicky and the Chicago mob family take serious issue with Ace's decision to host a local TV show. Ace wants to go legit and leave the criminality behind, but the bosses back home think he's attracting too much attention to their illegal conduct. The talk show gig also exacerbates the growing tension between Ace and Nicky.

It's one thing to marry and bear children with a drug-addled hustler, but kicking her out on her rear during a time of need is another altogether!

But what choice did he have? After Ginger kidnapped their daughter Amy with plans to flee to Europe with Lester, Sam considered divorce. After a second thought, he invites Ginger back into his home. But when he overhears her plotting to kill him on the phone, Sam has no choice but to kick her out of his life for good. Unfortunately, the decision leads to Ginger spiraling into an eventual drug overdose that takes her life.

3 Turns His Back On Nicky

While Nicky certainly deserves his fair share of the blame, Ace's decision to cut ties and turn his back on one of his oldest friends proves to be one of his worst decisions of all.

Once Nicky begins an affair with Ginger, the latter suggests killing Ace to obtain his valuables. Nicky deems that one step too far and disengages from Ginger. Later, when the feds show Ace a picture of Nicky and Ginger together, Ace cannot forgive his friend. Worse yet, when Ace narrowly avoids a lethal car-bomb, his suspects Nicky of being culpable. Ace severs ties with Nicky, leading to the latter's ultimate demise.

When Ace refuses to cooperate with the FBI after his casino is shut down, he assumes he's safe from mafia retaliation. But when his car blows up in the parking lot while he's inside of it, he realizes it was an unsafe assumption!

By failing to work with the FBI, Ace also allowed Nicky's fate to end in the brutal manner it did. If he cooperated, perhaps Nicky would have gone to jail rather than to a cornfield to be beaten to death with metal baseball bats. Ace made his situation worse by refusing to sing to the authorities.

At the end of the film, Ace laments that he is "right back where I started." Therefore, the worst thing he did in Casino was failing to learn from his mistakes, failing to progress his business, and ending up right where he began.

Ace moves to San Diego where he resumes his role as a betting sports handicapper. His casino empire has failed, his wife and best friend are dead, and he has nothing to show for all the pain and anguish he experienced along the way. Ace's reign in Sin City was all for naught, making it the worst decision he ever made in his lifetime.

NEXT: 5 Reasons We're Excited About The Irishman (& 5 Things We're Worried About)