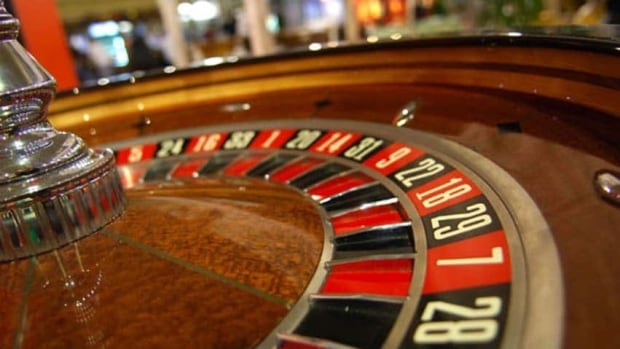 Dr. Bonnie Henry said Thursday that casinos 'last on my list to consider for reopening'

With casinos closed across B.C., municipalities and community groups could lose out on cash with less gaming revenue to share.

All casinos, bingo halls and community gaming centres across the province were shut down March 16 as a result of the ongoing COVID-19 pandemic.

"It would be last on my list to consider for reopening at this point," Henry said.

"I would have to be convinced that there's a valid reason and a safe way to do it and I think that's something that is for further down the line."

Henry said casinos present COVID-19 risks: they are enclosed spaces and many patrons are older and have underlying health conditions. Those types of people are at higher risk of becoming severely ill from COVID-19, she said.

None of the local governments or community groups CBC News spoke to disputed Henry's reasoning but some said there could be impacts from the lost gaming revenue.

According to the B.C. Gaming Industry Association, which represents casino operators, casinos provided $982 million in income to the province in the 2018-2019 fiscal year.

Each year, about $249 million of gaming revenue is distributed to charities and local governments, it said.

The association said it is working with the B.C. Lottery Corporation to develop a plan that will be submitted to Dr. Henry's office.

She wrote that the province's online gambling offerings have seen "unprecedented" growth in the meantime.

Communities with casinos or community gaming centres get 10 per cent of the net gaming revenue from those operations.

Richmond receives about $1.2 million each month from its casino, the River Rock, a spokesperson said. He said that money mostly goes to community organizations and it's too early to know how they will be impacted by any drop in gaming funds.

A City of Vancouver spokesperson said the city's 2020 budget expected $7.1 million in gaming revenue from Parq Casino and Hastings Race Course. That figure has been lowered to $1.6 million.

The spokesperson said the money goes toward operating expenses like policing and community services.

Coun. Arjun Singh, who is also past president of the UBCM, said most communities, including Kamloops, don't use gaming revenue to fund day-to-day operations.

The money isn't "life or death," he said, but it pays for projects like playgrounds or rec centres.

"In terms of our ability to have some contracts to tender for building ... amenities in the community, it is quite meaningful," Singh said.

Singh wants the province to consider giving local governments a cut of online gambling revenue in the meantime.

Casino money also goes to a wide variety of community groups in B.C. in the form of grants.

Kent Harrison Search and Rescue received $200,000 in 2018-2019, which search manager Neil Brewer said was spent on a new command vehicle to coordinate rescues.

"You look at it like a top-up," Brewer said. "We were hoping to apply again this year to replace a watercraft on Harrison Lake.

"We may have to save money over several years now, accumulate it, in order to purchase that vessel ... it might take six or seven years."

Since the 2019 provincial budget, B.C. First Nation communities have received a cut of provincial gaming revenues as well.

A spokesperson for the B.C. First Nation Gaming Revenue Sharing Limited Partnership, which administers those funds, said it's too early to speculate how those communities' shares could be impacted.