Casino Stocks Are Dropping as Gamblers Steer Clear of Macau 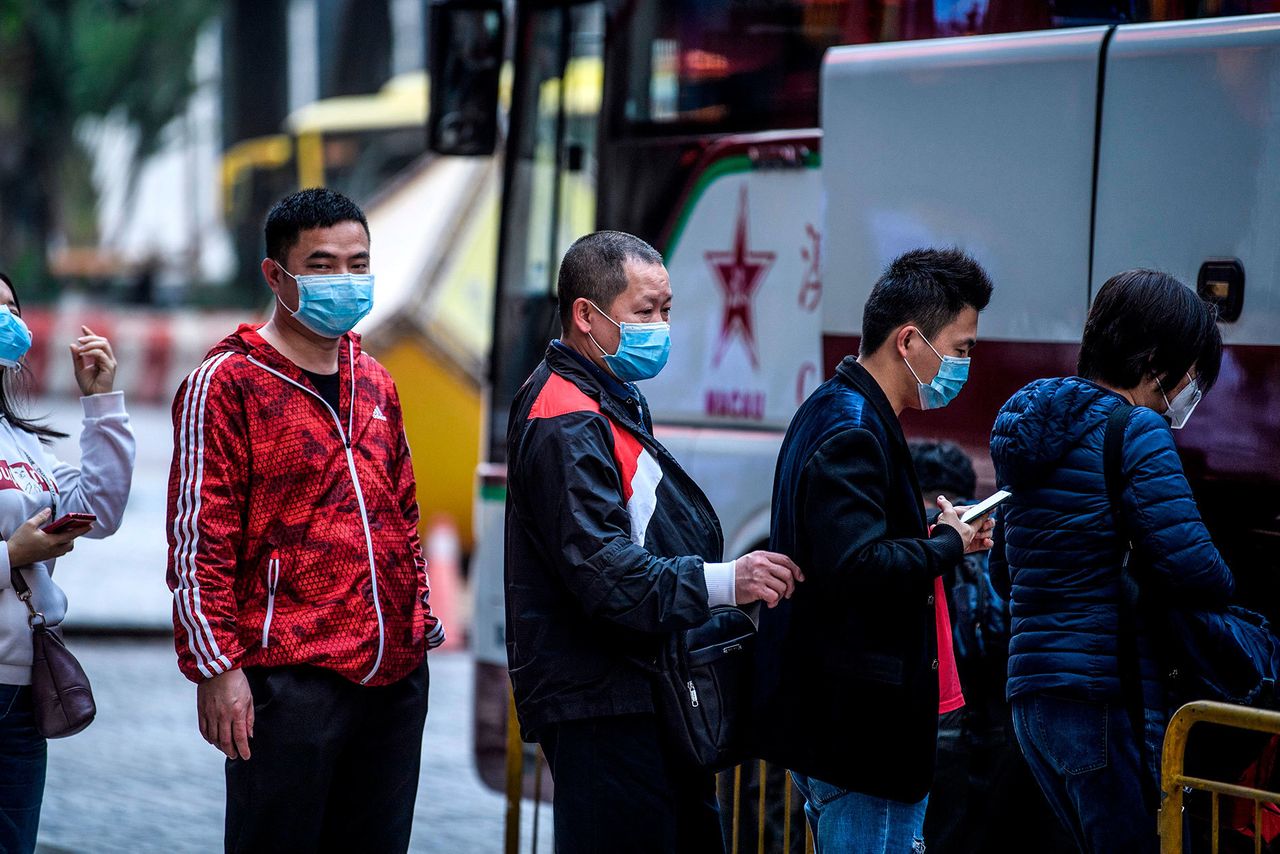 Casino operators in Macau are taking a beating as fear of the coronavirus has caused a surge in trip cancellations to the casino hub.

Just last week, Wall Street appeared to be shaking off worries about the coronavirus outbreak as analysts and others noted that China's response had been relatively swift, at least in comparison to how Beijing handled the severe acute respiratory syndrome outbreak in 2003. SARS infected just over 8,000 people, killing nearly 800, according to World Health Organization figures cited by the Centers for Disease Control.

The rapid spread of the virus, coupled with travel restrictions China put in place, caused travel and gaming stocks that do business in Macau to plunge. "What a difference two days makes," Instinet analyst Harry Curtis wrote in a note Monday.

Last week, Curtis and his team noted "guarded optimism" from casino operators that Macau bookings would remain strong, but as of Sunday evening, they were less positive. The Gonghbei border checkpoint, between mainland China and Macau, was nearly empty at a time when it should have been flooded with travelers celebrating the Year of the Rat, they noted. Cancellations also swelled, with Bloomberg noting there was an 80% drop in visitors from mainland China on Sunday.

Some analysts downplayed the potential for the coronavirus to affect the casinos' financial performance over the long term, pointing to how quickly gambling revenue in Macau rebounded following the SARS outbreak. SJM Holdings was the only major casino operator in Macau at the time, and its gaming revenue shot up 68% year over year in 2003 despite a 30% drop that April, Chelsey Tam, an analyst at Morningstar wrote Monday.

"Melco Resorts (MLCO), MGM China, and Wynn Macau are undervalued and could be opportunities for investors," she wrote, noting that because the gambling industry is more mature now, the rebound may not be as steep.

There are no signs yet of when a bounce back might come. New instances of coronavirus are still being discovered and the disease's global reach is growing. And even if Macau is able to attract customers from other areas while travel bans remain in effect, they are less likely to be the high-rollers the area needs, Curtis wrote.

"Double-digit declines in gross gaming revenue are easily possible, but to what extent we won't know for several days," Curtis wrote.

Wynn Resorts (ticker: WYNN) was down 7.7%, as analysts at Bank of America Global Research downgraded the stock to Neutral, citing worries over the coronavirus. Melco Resorts & Entertainment (MLCO) and Las Vegas Sands (LVS) were down 4.7% and 7%, respectively.

The drop in casino stocks comes after a particularly challenging year for the companies. Worry that slowing economic growth, both globally and in China, would reduce gambling activity weighed on the Macau casino operators. Gambling revenue plunged 13.7% year on year in December as Chinese President Xi Jinping visited the former Portuguese colony at the end of the month. His three-day stay, to celebrate the 20th anniversary of Macau's handover to China, meant increased visa restrictions.

The analyst community had recently turned more bullish on the region, pointing to eased tensions between the U.S. and China and the signing of a phase-one trade deal. Wynn is finishing a renovation of its Macau property and Sands China, majority owned by Las Vegas Sands, is in the midst of converting its Sands Cotai Central location into The Londoner. Both efforts were expected to draw more interest to Macau.

Write to Carleton English at carleton.english@dowjones.com