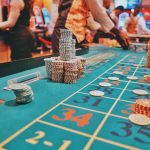 Casino revenue topped 22.87 billion patacas ($2.84 billion), according to official data released yesterday by the Gaming Inspection and Coordination Bureau, down 8.5% from 25 billion patacas in November 2018. Year-to-date revenue was down 2.4% in year-on-year terms, sitting just under 270 billion patacas.

Analysts warned last week that gross gaming revenue would face a sharp contraction this month. They said that VIP volumes had fallen by more than 30% in year-on-year terms because high-rollers had postponed their visits to Macau.

Though the growth was better than analyst expectations, November's posting still proved to be the second-weakest of the year.

Macau's gross gaming revenue has faced a difficult year, in part due to the ongoing China-U.S. trade war. Analysts had earlier expected Macau's casino business to strengthen in the second half of the year, owing to an easier comparison base.

But with Macau's economy reliant on mainland tourism, and its currency indirectly pegged to the U.S. dollar, the SAR is particularly vulnerable to any fallout between the world's two largest economies.

The city's gaming sector has also buckled under the weight of a crackdown on cross-border gaming that squeezed junkets, as well as escalating protests in nearby Hong Kong, and the emergence of rival gaming hubs in East and Southeast Asia.

Pressure on the VIP sector is unlikely to subside this month. Chinese President Xi Jinping is due to visit the city in late-December and preside over celebrations marking the 20th anniversary of the handover of Macau. Credit Suisse said in a note last week that controls on exit visas for mainland Chinese residents wishing to travel to Macau was already in effect.

Moreover, the atmosphere of heightened scrutiny that will inevitably accompany Xi's visit may encourage Chinese high-rollers to stay away from the SAR, pushing their visits back to January at the earliest.

December will also suffer from a high comparison base a year earlier, when monthly revenue swelled 16.6% to 26.46 billion patacas. A similar posting to last month would see gross gaming revenue fall by more than 13% in year-on-year terms, rounding out the year firmly in the red.

The only silver lining promised by analysts is the outlook for 2020, which will be helped by easier comparisons and some pent-up demand. Estimates are for a 3% increase - still a long way from the double-digit jumps in 2017 and 2018.