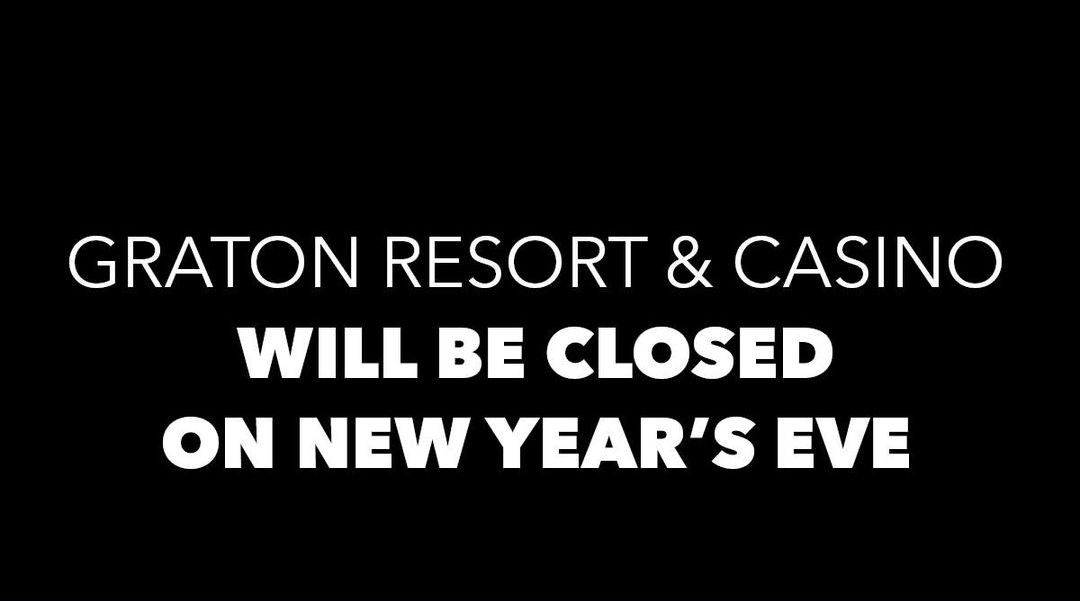 After piquing the attention of Sonoma County health officials and worried members of the public, the NYE shindig at Graton Resort & Casino in Rohnert Park -- which had all the makings of possibly becoming a regional superspreader event -- has been canceled.

Christmas Eve saw a mask-less, indoor church service in San Jose. The days preceding Christmas broke a post-March record for air travel in the country; a new, more communicable strain of COVID-19 was found to be emerging from the United Kingdom and South Africa. But nonetheless: Graton Casino in Sonoma County was still keen to gather thousands of people together to ring in 2021 -- a span of twelve months we're all hoping will see an end to this pandemic.

Suffice to say the event was bemoaned and lambasted by many. And the entire happening came to a muted collapse when the resort took to social media Christmas Eve to announce the New Year's Eve party had been dropped.

Unlike other areas in Sonoma County, the Federated Indians of Graton Rancheria-owned property sits on land designated as a sovereign nation -- therefore able to dodge and weave around both local and state public health edicts.

But as ABC7 notes: Sonoma County Public Health Officer, Dr. Sundari Mase, had mentioned the department has been working with the casino on COVD-19 safety protocols.

"They are trying to do things with as much mitigation as they can, in terms of limiting indoor capacity to 20 percent of what's normal, in terms of enforcing facial coverings or masks and social distancing," explained Mase to the news outlet, adding that he and Sonoma County Public Health Office wouldn't comment on why exactly the event was suddenly canceled. (But it doesn't take more than a single synapse to see that mounding public backlash coupled with a dissenting comment from the office -- "it would be our preference to not have a party with 4,000 people indoors" -- might have contributed to the event's cancellation.)

All mentions of the now-defunct event have been erased from their website, as well as on their social media handles.

Related: Teachers, Police, and Food Service Workers Could Be Next to Get COVID Vaccine in California