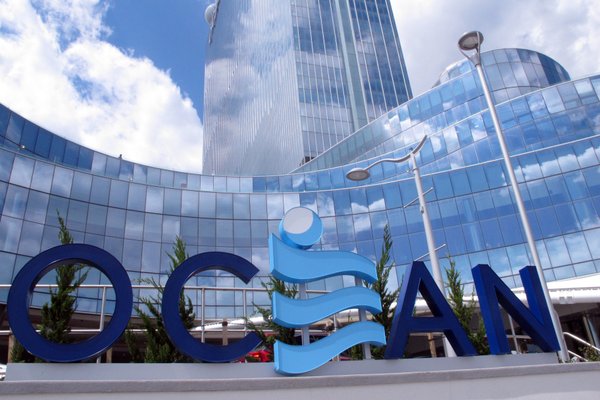 ATLANTIC CITY, N.J. -- Beginning its life as the star-crossed Revel, the Atlantic City casino now known as the Ocean Casino Resort had known little other than debt, bankruptcy and failure, which ultimately led to its closure.

But since a New York hedge fund took over last year, Ocean Resort has turned itself around, improving its finances, lowering its debt and finally generating a profit.

Those achievements were noted last week by the New Jersey Casino Control Commission, which granted Luxor Capital Group final authorization to own a casino.

"There's no doubt this property has turned around in so many areas," Commissioner Alisa Cooper said.

When it was known as Revel, the casino never came close to turning a profit, went bankrupt twice, and closed in 2014, one of four Atlantic City casinos to do so that year.

Colorado developer Bruce Deifik bought it in January 2018, and reopened it that summer. But he quickly ran out of money. Luxor, which was one of his lenders, assumed ownership of the casino in return for canceling his debt. Deifik was killed in a car accident in April 2019.

In February 2019, Luxor pumped $70 million into the casino, including $50 million to pay down debt. It also assembled a new management team with experience in the Atlantic City market, and set out to correct many of the perceived flaws of the property, including a confusing layout of the casino floor, and adding safety panels to the vertigo-inspiring escalators that lifted patrons to the casino floor.

Most of all, the casino came to terms with the fact that it is, in fact, a casino, pivoting from the initial strategy Revel's owners employed in stressing the property as a resort destination that just happened to offer gambling as one of many amenities.

The results have been promising. Michael Conboy, a partner in the publicity-averse hedge fund, told regulators the company plans to own and operate the casino for at least the next 25 years.

"Before the coronavirus, Ocean was self-sufficient," he said. "Our budget for 2020 showed the company covering its expenses and generating free cash flow beyond that. We can debate what will happen when the city opens up. Long-term, the trajectory is still as positive as it was in February, when it was incredibly positive."

In a presentation to the commission, the casino said it increased revenue while decreasing expenses. That is "the hardest combination to achieve in business," said Terry Glebocki, Ocean's chief operating officer.

The casino has also reduced the amount of outstanding bills owed to it from $22 million to less than $5 million.

Due in part to those improvements, the commission lowered the amount of cash Ocean will be required to keep on hand, from $32 million to $25 million.

Once the Atlantic City casinos are given permission to reopen, Glebocki said Ocean plans to move forward with opening 12 floors of its hotel tower that were not occupied last year. It decided to temporarily shelve plans for new high-limit slot and table-game lounges until the post-pandemic economic picture becomes clearer.

For all of 2019, Ocean finished seventh out of Atlantic City's nine casinos in terms of total gambling revenue with $238.2 million, ahead of only Bally's and Resorts.