How much did Las Vegas casino CEOs earn compared to their workers last year? 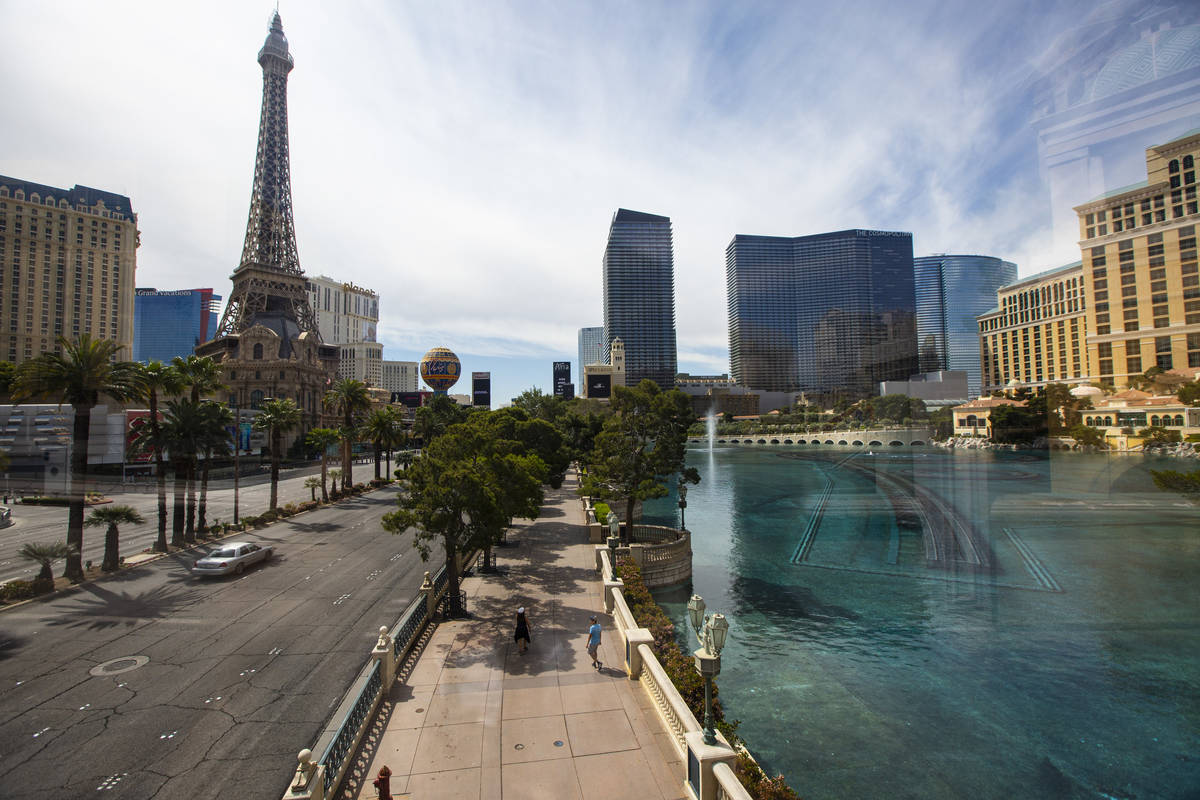 Last year, Las Vegas casino CEOs made between 63 and 584 times what the median employee earned.

Recent filings with the Securities and Exchange Commission show where the pay gap stands between chief executives and their workers.

Here are the results of six of Las Vegas' largest casino operators:

According to a regulatory filing submitted March 27, former MGM CEO Jim Murren earned a total of $13.1 million in 2019. That includes a $2 million base salary, $7 million in stock awards and other compensation.

The company's workforce has shifted dramatically since then. The company laid off and furloughed a number of workers, offering two weeks of pay to full- and part-time employees.

Bill Hornbuckle, named acting CEO after Murren departed in March, agreed to reduce his annual minimum base salary from $1.4 million to $1.1 million and volunteered to take 100 percent of his base salary for the remainder of the year in the form of restricted stock units -- to be paid in full at the end of the year -- in lieu of cash.

CFO Corey Sanders and Executive Vice President John McManus also agreed to reduce their annual minimum base salaries, with Sanders' dropping from $1.25 million to $1 million and McManus' dropping from $850,000 to $700,000. Both agreed to take half of their base salary in the form of restricted stock units instead of cash for the remainder of 2020.

The filing said the company's operations "have been significantly impacted by the global coronavirus" outbreak, and its compensation committee hasn't finalized MGM's executive compensation programs for 2020.

The company's employee grant fund, which is supporting employees in financial hardship because of the coronavirus pandemic, has gathered more than $12.5 million and has received more than 3,000 applications for assistance.

Spokespeople from MGM did not respond to a request for comment.

In 2019, Red Rock Resorts Chairman and CEO Frank Fertitta III's total annual compensation was nearly $2 million, whereas the median pay for its employees was $31,003, resulting in a 63-to-1 ratio, according to a filing from April 22.

Earlier this month, Fertitta and Vice Chairman Lorenzo Fertitta announced that they would forego their salaries for the duration of the COVID-19 pandemic.

The Station Casinos parent company said it would offer regular pay and health benefits to all hourly and salaried full-time team members through May 15, and it has moved several hundred part-time employees to full-time status so that they can receive full benefits.

Red Rock spokesperson Michael Britt did not respond to a request for comment.

Last year, Boyd CEO Keith Smith made $9.6 million. The median annual total compensation for Boyd employees was $31,728, resulting in a 304-to-1 pay ratio, according to a filing from March 10.

Since then, the company said it has placed most of its staff on unpaid furloughs.

Company executives will take "significant salary reductions" due to the shutdowns. All non-furloughed members at its corporate and property management teams are taking a salary cut, and its board of directors has agreed to suspend their compensation.

An April 1 filing from Las Vegas Sands shows the median pay of employees was $42,228 last year, while CEO Sheldon Adelson made 584 times that, with an annual total compensation of $24.7 million.

Las Vegas Sands spokesman Ron Reese did not return a request for comment.

Wynn CEO Matt Maddox made $13.9 million in 2019, roughly 303 times that of the median annual total compensation of employees of $45,706, according to a Wednesday filing.

Earlier this month, the company said it would pay all salaried, hourly and part-time U.S. employees full wages through May 15, for a total of 60 days of payroll continuance. The coverage includes more than 15,000 current Wynn and Encore employees, and includes average tip compliance rate or distributed tips/tokes since the beginning of the year.

Maddox agreed to give up the remainder of his 2020 salary so the company can navigate the financial downturn resulting from the COVID-19 pandemic. Other top executives are forgoing between 33 percent and 100 percent of their salaries in exchange for shares of company stock to offset ongoing employee payroll and other expenses.

Spokesman Michael Weaver did not return a request for comment.

The company announced earlier this month that it planned to furlough roughly 90 percent of its U.S. workforce, a decision that affected tens of thousands of workers.

Caesars said it would pay furloughed employees for the first two weeks of closures, and employees can use their available paid time off after that. The company is also paying all health insurance premiums for those enrolled in the company's health benefit plans through June 30 or their return to work, whichever comes sooner.

The casino operator launched an employee assistance program last week, funded by donations from its executives and board of directors.

The Review-Journal is owned by the family of Las Vegas Sands Corp. Chairman and CEO Sheldon Adelson. Las Vegas Sands operates The Venetian, Palazzo and the Sands Expo and Convention Center in Las Vegas.