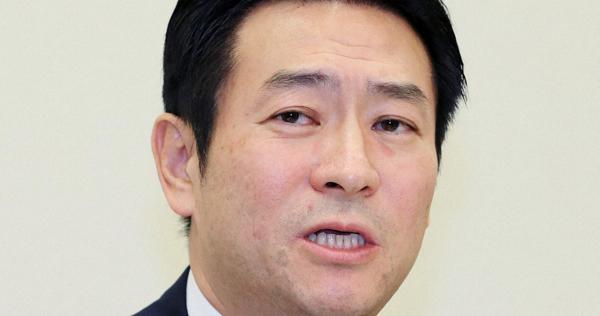 TOKYO (Kyodo) -- A Japanese lawmaker charged with bribery asserted his innocence on Friday, saying he did not take any bribes from a Chinese company interested in Japan's nascent casino market.

"I have never given favors to specific companies," Tsukasa Akimoto told a press conference in Tokyo, adding he wants to return to his job as a lower house member in March.

Akimoto was indicted for receiving a total of 7.6 million yen ($69,200) in cash and other gifts from the Chinese firm 500.com in 2017 and 2018 while he was playing a major role in spearheading Japan's move to legalize casino resorts.

The 48-year-old lawmaker, who left the ruling Liberal Democratic Party shortly before his arrest in December, said the 2 million yen that he received on Sept. 1, 2017 was a speaking fee and that he "never considered it a bribe."

He also denied receiving 3 million yen in cash on Sept. 28 that year from the Chinese company as alleged.

Japan recently legalized casinos to be operated at so-called integrated resorts with hotels and conference facilities in the hope of attracting more foreign tourists and boosting the economy.

Akimoto, the first incumbent Japanese lawmaker to be indicted in a decade, oversaw the initiative as a senior vice minister at the Cabinet Office for about a year from September 2017.

While speaking for 20 minutes to almost a hundred reporters in an office building for House of Representatives members, Akimoto also said he will "focus for the time being on the trial," pushing back on calls by opposition party lawmakers to give sworn testimony at the Diet.

The charges against Akimoto include trips to China in December 2017 and Hokkaido in February 2018 paid by 500.com. He said at the press conference that he instructed his former secretary to take care of expenses and that he does not recognize them as constituting special treatment.