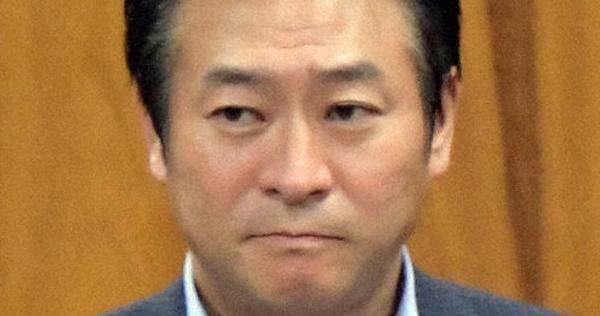 TOKYO -- A lawmaker and former state minister arrested on suspicion of taking bribes enquired personally with Japan's transport ministry over an "integrated" casino resort operator's plans for an airport in northern Japan -- apparently at the behest of the China-based firm accused of paying off the national Diet member, an investigative source has told the Mainichi Shimbun.

According to the source, Tsukasa Akimoto asked the Ministry of Land, Infrastructure, Transport and Tourism directly about permissions for the resort operator's proposals for an airport in the village of Rusutsu, Hokkaido, Japan's northernmost prefecture. Chinese casino company 500.com Ltd. allegedly bribed Akimoto to help the firm get in on the airport and a casino resort project in the village.

The source told the Mainichi that Akimoto stayed with his family at a Hokkaido resort in February 2018, and that he reportedly had discussions there with executives from 500.com and the resort operator. The operator planned to attract wealthy overseas customers, and build a 2,000-meter runway and airport for private jets as part of the Rusutsu resort. 500.com was said to have been looking at investing funds.

After the meeting, Akimoto is alleged to have accepted a request from the resort operator for an introduction to the transport ministry department in charge of airport construction. Furthermore, the source said Akimoto himself made enquiries to the department regarding the airport plan's feasibility. Airport development requires approval from the transport minister. At the time, Akimoto was a vice-minister whose portfolio included air travel affairs.

Akimoto apparently did admit to personally making enquiries with the ministry when he was questioned by the Tokyo District Public Prosecutors Office's special investigation unit. However, the source quoted Akimoto as explaining that he did not go further after the ministry indicated it would be difficult to get the airport approved.

Akimoto is suspected of accepting 3 million yen (about $27,750) in cash from 500.com in September 2017, and that the company covered a total of around 700,000 yen in holiday costs for the family trip to Hokkaido in February 2018. According to the source close to the case, the resort operator also shouldered part of the vacation fees.

On Jan. 3, the Tokyo District Court decided to extend by 14 days the detention of Akimoto, plus three others under arrest on suspicion of offering bribes.