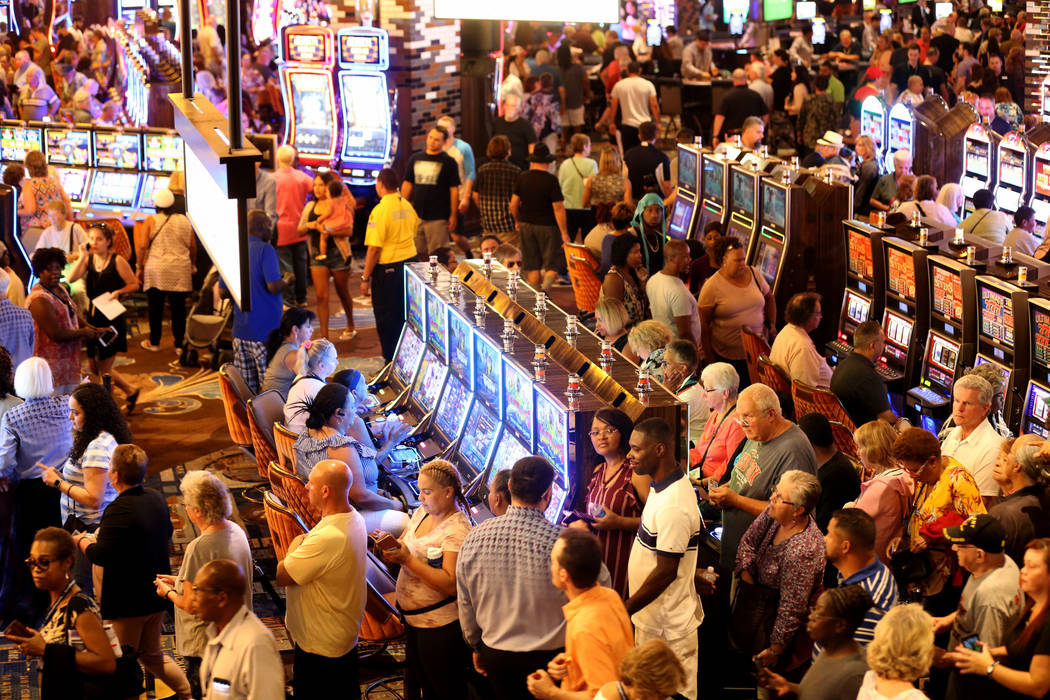 When no gaming operators bid for Pennsylvania's sixth mini-casino license in September, Clyde Barrow -- a professor who has been studying the Northeast market for the past three decades -- saw it as further confirmation of the region's saturation.

The signals, he said, had been flashing the past few years as some Northeast casinos posted disappointing gaming revenues.

The number of commercial and tribal casinos operating from Maine down to Maryland has increased nearly 50 percent since 2010 to 67, according to the American Gaming Association, as states authorized large-scale gaming properties to boost local tax revenue and job growth.

Yet gross gaming revenue for the region increased just 35 percent over the 2010-2018 period, AGA and UNLV data show -- even as U.S. employment surged and wages inched higher -- an indication that casino expansion has led to significant cannibalization. AGA has not yet compiled data for 2019.

The Northeast gaming industry "has reached maturity, and only population and income growth will lead to higher revenue," said Barrow, who now teaches at the University of Texas Rio Grande Valley.

Las Vegas-based operators in the Northeast gaming market are feeling the impact of the saturation. They are leaning hard on their loyalty programs and developing new marketing strategies to stay competitive.

But market saturation might not stop states from issuing additional casino licenses in the never-ending hunt for more tax revenue, a downward spiral Barrow calls the casino "arms race."

The property's revenue fell 8.7 percent in the fourth quarter compared with the same period in 2018 as it faced more competition following the opening of Wynn Resorts Ltd.'s $2.6 billion casino in Boston in June.

"MGM Springfield has admittedly performed below our expectations, and we've recently made some changes there to better position the property," MGM Resorts CEO Jim Murren said Feb. 12 during the company's fourth-quarter earnings call.

MGM Springfield is one of four casinos MGM Resorts owns in the Northeast region. The others are MGM National Harbor in Maryland, Borgata in Atlantic City and Empire City in Yonkers, New York. Those three properties are among the top six U.S. casinos by gaming revenue outside Nevada, according to the American Gaming Association, underscoring the importance of the region to company.

Resorts World Catskills, Rivers Casino, del Lago and Tioga Downs -- the four commercial casinos that opened in Upstate New York from 2016 through 2018 -- have all struggled, but some are showing improvements.

Moody's Investors Service downgraded del Lago's debt last year after it said the casino generated revenue "well below expectations" in part because of the "highly competitive nature" of the local market. Five gambling facilities, including four racinos and one tribal casino, operate within 100 miles of del Lago, Moody's said.

The $1.2 billion Resorts World Catskills property was on the verge of bankruptcy last year before Lim Kok Thay and his holding company Genting Group agreed in August to buy out investors.

Connecticut and Atlantic City have been the biggest victims of the increase in Northeast competition.

Connecticut slot revenue at its two tribal casinos Foxwoods and Mohegan Sun sunk to $982 million in 2019 from $1.39 billion in 2010, a drop of nearly 30 percent, according to UNLV's Center for Gaming Research.

Atlantic City slots and table revenue has fallen by a quarter over the same period from $3.6 billion to $2.7 billion, according to AGA and UNLV data, with five of 12 properties closing their doors between 2014 and 2016.

Though two casinos opened in Atlantic City in 2018, they mainly cannibalized revenue from the other properties in the resort town, MGM Resort's Regional Portfolio President Jorge Perez said.

The Jersey resort town could feel a revenue pinch later this year when The Cordish Companies opens Live! Hotel and Casino Philadelphia, an $800 million property featuring 2,200 slots, live table games, sports betting and a hotel with more than 200 rooms. Philadelphia is an important feeder market for Atlantic City, which is just 62 miles away.

MGM's Perez said there are still pockets of organic growth in the Northeast, and one location gaming companies have their eyes on is the nation's largest city, New York.

MGM last year completed the $850 million acquisition of Empire City, one of only two casinos in the greater New York City area. Genting Group operates the other one, which is in Queens.

The two casinos, though, only offer slots and electronic table games, limiting their attractiveness to clients who prefer table games or sports betting.

But that could soon change.

Albany has the right to issue up to three full casino licenses for the greater New York City area that would give an operator the right to offer those amenities. MGM and Genting are seeking one for their properties.

New York has a ban on new casino licenses until 2023, but some companies are hoping to have the ban lifted sooner.

"I think the market can easily handle two properties for the greater New York area," said Bob DeSalvio, president of Genting's New York properties. "There is always some competition, but at the end of the day, this is a very large market."

Las Vegas Sands Corp. -- which last year completed the sale of its casino in Bethlehem, Pennsylvania, just 80 miles from New York City -- is seeking one of the three potential licenses for a new casino. Last year, the company hired former New York Gov. David Paterson to lead its lobbying effort for a New York City license.

Ron Reese, a spokesman for Sands, did not respond to a request for comment.

Barrow said a third full-scale casino in or near New York City would not only hurt revenues at the other two local properties but potentially those in Connecticut, Pennsylvania and Atlantic City. It could even push upstate casinos into bankruptcy, he said.

In the race to win East Coast customer dollars, the Las Vegas operators are betting that their large customer databases and ability to offer a wider array of events and promotions, such as free stays at their multiple properties, will set them apart.

"The power of your database" will enable some casinos to be "more insulated" from cannibalization, said Perez, highlighting MGM's Borgata property, whose total slot and table game revenue remained essentially unchanged in 2019 despite the opening of two new casinos during the previous year. Five of the other six Atlantic City properties posted total slot and table game revenue declines of $10 million last year, according to the New Jersey Division of Gaming Enforcement .

"These customers become more loyal and more sticky now that they have more options" within the MGM network to play, Perez said.

MGM Resorts included Empire City into its MLife rewards program at the end of last year.

But Perez cautioned it can take a while for slot players in particular to change their loyalty to a property. And the more competitive the market, the longer it takes, he said.

Maddox said during the company's February earnings call that Wynn recently launched its first tiered card program in the United States and that it is already helping drive greater revenue at its Boston property.

Genting Group, which will open its $4 billion casino on the Strip next year, has recently launched incentives to entice its New York City customers to its new Catskills property, such as free stays, DeSalvio said.

"It is something that I wanted to focus on immediately when I joined the company," said DeSalvio, who landed at Genting in December from Encore Boston Harbor.

The Catskills property is less than 100 miles north of New York City and can be an alternative to Atlantic City or Pennsylvania for residents seeking a weekend getaway to gamble, he said. Atlantic City is about 125 miles from New York City.

DeSalvio said he wants to make sure that his city customers realize that Resorts World Catskills is "much closer than they think."