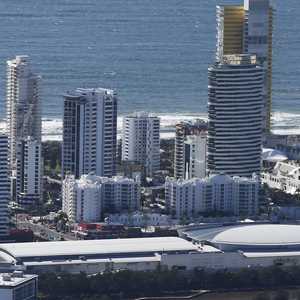 STATE Government leaders and advisers are being called buffoons and accused of bungling a deal with The Star for a $100 million upgrade of the Gold Coast Convention Centre.

Mermaid Beach LNP MP Ray Stevens has attacked Labor, saying if it had done the deal with Star - which has stood down thousands of staff - it would have given tradies and tourism an immediate post-coronavirus lift.

A month after talks began before Christmas, details emerged of a 30-year casino monopoly push where the entertainment giant Star would contractually commit to its $2 billion masterplan including five more towers and a $100 million for the convention centre upgrade.

It would also upgrade its Sheraton Mirage property. Star has previously said the convention centre money was ready to go meaning any construction could begin as soon as possible.

when it was on offer," Mr Stevens said.

"In return for exclusivity of casino operation on the Gold Coast for 30 years we would have got an upgraded convention centre which will be sorely needed when we come through this coronavirus catastrophe."

Mr Stevens also said the Government going to the market for a global tourism hub developer as "hocus pocus" and a rival to Star "never existed, was never identified".

"We could have had a signed Convention Centre expansion contract for $100 million by Star Entertainment Group which would have given tradies, builders and tourism operators something to look forward to when we come through this COVID-19 tunnel," he said.

"Instead, we have Star standing down thousands of staff and coming under financial stress

itself with no expansion of the Convention Centre in sight.

"Thank you Anastasia Palaszczuk, Kate Jones and your buffoon Labor Party advisers for not

delivering a golden opportunity for investment in Gold Coast tourism infrastructure. You are

"The reality is, if there was an offer to build a $100 million convention centre with no strings attached, we definitely would have accepted it.

"The Mayor agreed, that the deal offered was not in the best interest of Gold Coasters."

Ms Jones said the Government would always act in the best interests of Gold Coasters, not take the politically easy fix.

"When it comes to acting in the best interest of the Gold Coast, I'd trust Tom Tate over Ray Stevens any day," she said.

A Star Entertainment Group spokesman said: "Everyone is aware of the impact on tourism with the coronavirus. It has changed the landscape, is impacting everyone.

"However, we remain in an exclusive negotiation process with the State and it would be inappropriate to comment on that process or the state of that process."