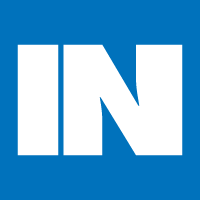 FORT YATES, N.D. -- A Fort Yates woman who was running a casino scheme to help pay for her prescription pain pills has been sentenced to 160 days in federal prison, according to the U.S. Attorney's office for South Dakota.

Candace Crow Ghost, 42, was indicted by grand jury in March and pleaded guilty in August.

According to the U.S. attorney, between December 2016 and March 201 7 when she was marketing director for the Standing Rock Sioux Indian Reservation's Grand River Casino, she developed the scheme that bilked the casino out of about $5,300.

The court said she was adjusting points on individual player club rewards cards and would then prepare vouchers and help the individuals redeem their illegally obtained points for cash. She is accused of adding 426,000 points to various players' accounts. Crow Ghost also comped more than $1,000 in meals and rooms to those individuals involved in the scheme, said the attorney's office.

With the money, she was buying her pain pills, the U.S. attorney said.

Crow Ghost must also complete two years of supervised release and pay the $5,300 in restitution.