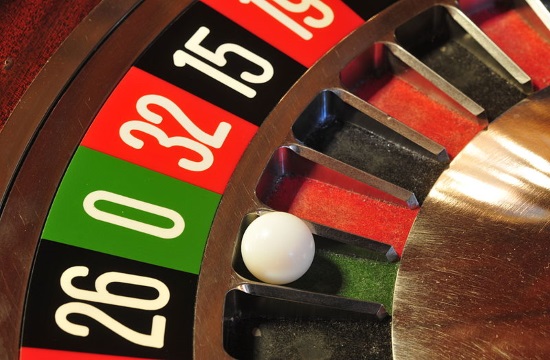 An end-of-November deadline to reveal the winner of a bid for a casino crucial to the 8-billion-euro ($8.81 billion) development of the abandoned Hellenikon International Airport will be missed because one of the two companies seeking the license left out some important data in financial data given regulators.

It wasn't reported who it was as the battle has come down to two U.S. gaming giants, Connecticut's Mohegan or Florida's Hard Rock, who have squared off for months trying to win the lucrative award.

Greek media reports said the foul-up could push back naming the winner by up to six months, a further setback for Prime Minister and New Democracy leader Kyriakos Mitsotakis' promise to start construction on the project by the end of the year under the Greek company Lamda.

With the problem a mystery under wraps, Hard Rock Café threatened "mass appeals" if the group is knocked out of the tender because of the foul-up, as is Mohegan, setting up a bureaucratic and possible legal nightmare for the new Greek government for which Hellenikon is a benchmark.

The project is the biggest Foreign Direct Investment in Greece in 10 years and one of the biggest in all of Europe, after plans to make the site the largest urban park was scrapped because of Greece's long-running economic crisis.

The Hellenic Gaming Commission (HGC), which put the project out to public tender, is sticking to the letter of the law, said Kathimerini, with New Democracy - while wanting to accelerate the project - saying it would check off all the boxes first.

After consulting with legal advisers on each bid, the special committee set up by the Hellenic Gaming Commission (HGG) to conduct the invitation to tender is now calling the candidates for evaluation in order to report back on what is the best-combined offer.

Sources who weren't named told the paper that it doesn't look good for Hard Rock, its representative Michael Karloutsos claiming while it trusted the HGG committee that it would go to court if it felt cheated.

He told The National Herald that while he doesn't question the integrity of the committee or commission, the company reserves its legal rights, adding, "I question why have there been so many false leaks since day one of this process? It has been nonstop gossip and innuendo from before the beginning, which of course should trouble all of us...leaks undermine the process and ultimately undermine the institution itself."

The development was stymied for 4 ½-years under the former ruling anti-business Radical Left SYRIZA which had elements that didn't want foreign companies operating in Greece although then-premier Alexis Tsipras said he was pursuing them.

That delay led Las Vegas' Caesars Entertainment and Genting Malaysia to drop out with the site sitting abandoned since the airport was closed in 2001, and original plans to make it Europe's biggest urban park changed to commercial use during a near-decade-long economic and austerity crisis.

Greek regulators had been speeding various approvals needed to get the development going, including planning and zoning okays but the casino is central to the scheme to make the area a mix of high-end residences, businesses, and a marina for yachts and boats.

Hard Rock has said it would spend about $1.1 billion to build the gaming property, creating 3,000 construction jobs and 1,600 permanent positions and said it could begin operating within 20 to 26 months after breaking ground.

The winning bidder will receive near-monopoly protection, with a 30-year gaming license with Greek regulators requiring that the integrated resort feature convention venues and at least 1,200 slot machines and 120 table games, said Kathimerini.

The business newspaper Naftemporiki said reports claimed that the missing data included a letter of guarantee in the offer dossier that is short by four days of the prescribed length.

A 300-million-euro ($330.21 million) down payment from Lamda is due to the state once the concession contract is concluded by authorities overseeing the award.

Hard Rock and Mohegan submitted their bids at the Oct. 4 deadline with Reuters then reporting that the winner will build a casino of at least 1.2 hectares (2.96 acres), with at least 120 gaming tables and 1,200 slot machines, as well as a luxury hotel, conference center, and a sports center.

The land area is currently a mess of abandoned weeds on crumbling concrete tarmacs, decrepit buildings, and rusting aircraft, sitting unused for 18 years, after the opening of the new airport northeast of Greece's capital.