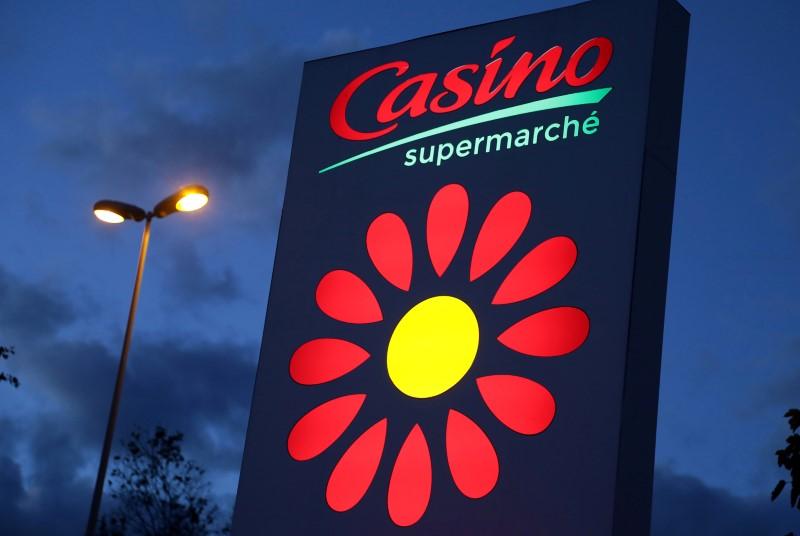 PARIS -- Debt-laden French retailer Casino has agreed to sell 567 Leader Price stores in France, plus three warehouses, to German discount rival Aldi in a deal with an enterprise value of 735 million euros ($792 million), it said on Friday.

The sale of discount chain Leader Price marks the latest in a series of disposals by Casino as part of plans to cut debt and improve its financial position and its shares were up nearly 3% at 1012 GMT.

Casino has struggled in the competitive domestic French market, where a price war among supermarkets has dented retailers' profit margins.

Casino CEO and controlling shareholder Jean-Charles Naouri have also been seeking ways to ease the company's debts - and those of parent company Rallye, which was placed under protection from creditors in May 2019 - through asset sales and refinancing efforts.

A group spokesman told Reuters on Friday that, including the Leader Price deal, Casino had sold assets worth 2.8 billion euros and was confirming its goal to dispose of assets worth 4.5 billion euros by the end of the first quarter 2021.

The Leader Price stores generated revenue of 2.4 billion euros in 2019.

The company said that, under the agreement, it will remain the owner of the Leader Price brand and continue to operate it under certain conditions agreed with Aldi, in France and internationally.

This is because Casino is selling 567 Leader Price stores in France to Aldi out of an existing network of 656 stores.

The stores that are not sold will be operated as Casino's franchises. Casino also needs to stay brand owner to continue producing Leader Price-branded food products and distribute them within its own network.

The sale will take place after consultation with employee representative bodies and must be cleared by the French antitrust authority.

Casino, which warned last month that its 2019 French operating profit will not grow as strongly as expected, reports its annual results on March 26.

Casino shares have lost more than 19% of their value since the start of the year. ($1 = 0.9282 euros) (Reporting by Dominique Vidalon, Sudip Kar-Gupta and Matthieu Protard; Editing by David Goodman and Barbara Lewis)