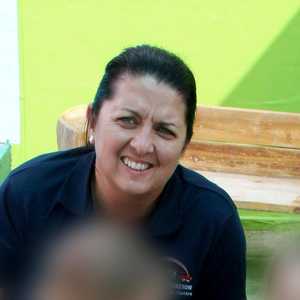 A CASINO childcare centre has been found guilty and fined $7000 of failing to report hazards that left children enrolled in the centre in harm's way.

Mr Thomas said he found the prosecution had proven the childcare operator had failed to report to the regulatory authority about complaints made about broken Perspex in the playground, a parent's concern after they'd found a handprint on their child's back and the lack of supervision by staff member, Anthony Purcell.

The court heard the childcare operator had failed to report the parent's complaint about their child to the regulatory authority within 24 hours and the complaint about Mr Purcell's actions when supervising children within seven days.

Mr Thomas said whether the company had made its own ruling on the complaint, it still was required to report the matters to the regulatory body.

One charge of employing an educator lacking the relevant qualifications was dismissed.

Meanwhile, the childcare's director Liesl Pyke-Nott, 46, was found guilty of giving false information in an interview, where she was questioned about the employment record of Mr Purcell, and two counts of liability when body corporate contravenes.

She was convicted and ordered to pay a total of $3000.

Mr Thomas said Pyke-Nott, as the company's director, had failed to act with due diligence in ensuring the complaints were reported to the regulatory authority, even if she had made a decision as to the cause of the complaint.

"It was not for the defendant to make that determination, if that was how the regulatory regime was meant to operate then the purpose of having such a regulatory body in place would not be necessary," Mr Thomas said.

A separate liability charge against Pyke-Nott was dismissed after it could not be proven beyond reasonable doubt she was aware of broken Perspex incident.

Mr Purcell is not facing any charges against him.

Meanwhile, a former Rainbow Station employee, who asked to remain anonymous as she still works within the childcare industry, said she was relieved when she heard the verdict.

She said the former employees who gave evidence had now been "cleared" of being accused as "disgruntled employees".

"(The magistrate) said what we knew was true and he was able to sift the lies and find the truth," she said.

The matter was adjourned to March 19 in Downing Centre Local Court, Sydney, to finalise costs owed to the prosecution.

The court heard the prosecution total cost was $39,719 but will most likely seek $29,789, and will finalise exact costs sought before March 19.