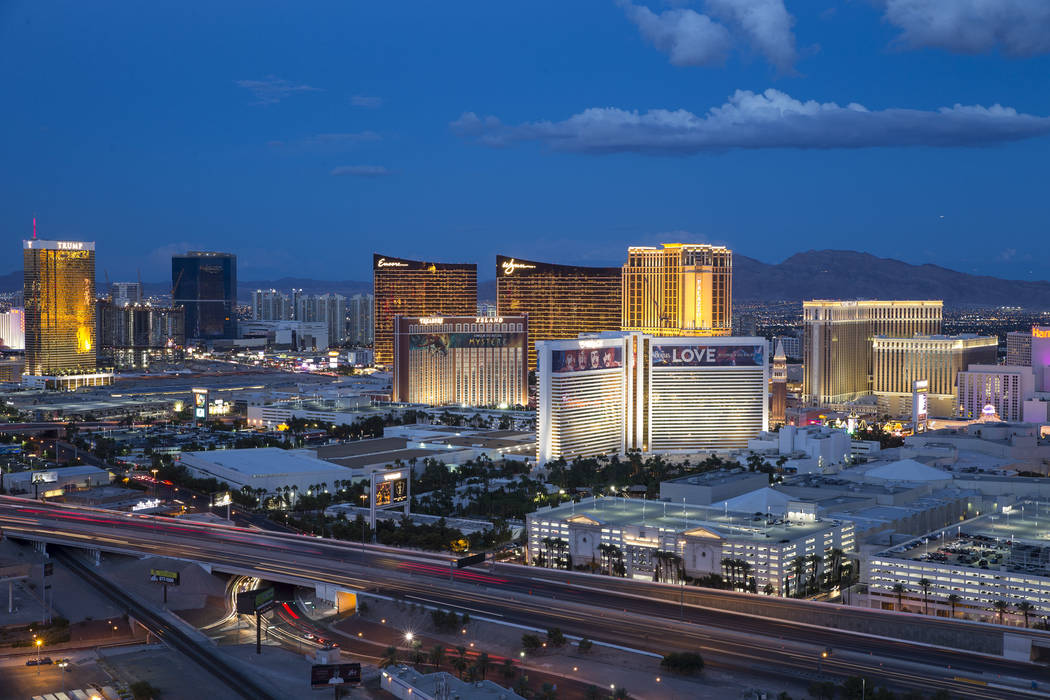 At least two casino operators on the Strip are stepping up cleaning efforts as a new coronavirus spreads around the globe, with one confirmed case in Southern Nevada.

Las Vegas Sands Corp., operator of the Palazzo and The Venetian, said it deployed more hand sanitizing stations, is using additional personnel to wipe down restroom counters and stalls with disinfectant, and is having additional staff "disinfect high touchpoints more regularly," including escalator rails and elevator buttons.

But a number of tourists staying at properties across the Strip said they haven't noticed anything out of the ordinary.

"If we didn't hear about it on TV or the newspapers, we wouldn't even know (there was an outbreak)," said Ontario native Pauline Murray, who is staying at Caesars Palace this week with her husband. "To me, there's nothing. There's no signs anywhere telling people to be diligent about sanitizing their hands."

"They're putting their heads in the sand," her husband, Dale Murray, added.

Representatives of Wynn Resorts Ltd. and Boyd Gaming Corp. did not immediately respond to requests for comment on their cleaning efforts, including for cards and chips.

Reactions to the outbreak appear to be mixed among tourists.

Some, like New York resident Laura McClendon, said she noticed McCarran International Airport was much less crowded than usual, but had no intention to cancel her Las Vegas trip with her mom.

"I can't say I'm freaked out about anything," she said. But "it's definitely on people's minds."

Others, like Pittsburgh native Tyrone Dickey, said he and his wife considered cancelling their weekend trip altogether. Instead, the two are equipped with sanitation wipes on their outings.

"Everything we do -- if we ride up the escalator, she brings out her wipes. If we go to a machine, she wipes it off," Dickey said.

The two are staying at the Hilton Elara, but had visited TI, Caesars Palace, Bellagio and Flamingo. Dickey said he hadn't noticed staff cleaning more than usual at any of the properties compared to previous visits. He said they visit about twice a year.

For Kansas City native Stephanie Rogge, visiting Las Vegas with friends through Sunday, the outbreak has been on her mind, but it hasn't impacted any of her plans -- including gambling.

Rogge, staying at Park MGM, said she's been taking extra precautions during her stay, carrying around hand sanitizer and being more conscious of what she's touching.

North Dakota resident Kirk Waslien said he hadn't noticed any of the casinos' staff wiping off machines during his week-long stay. He did see hand sanitizer near an entrance to New York-New York, but found it empty.

"That tells you people, when you walk in the door, they're worried about (the virus)," he said, adding that in general he's nervous about the spread of the virus. "Everybody's touching the same things."