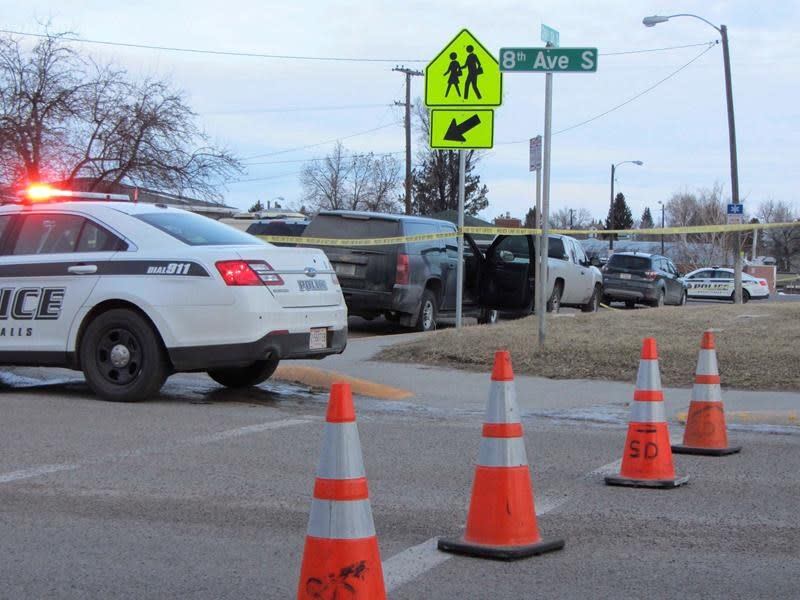 BILLINGS - A Montana man connected to a casino shooting that left three people dead had a long criminal history and was being sought by police before the attack, according to public records and court documents filed Wednesday.

Deputy U.S. marshals shot and killed 41-year-old Ricky Lee Gardipee early Tuesday in the city of Great Falls, about a mile away from the Emerald City Casino where three people were killed and a fourth was wounded, a coroner said.

Police have not released a motive for the slayings, which they believe Gardipee carried out.

He was involved in a robbery on the same night, but it was unclear if the target was the casino, according to court documents filed in a related criminal case against one of Gardipee's associates.

Gardipee was released from prison in May. He was facing a new allegation of probation violations following a November arrest on possession of heroin and methamphetamine, according to court records.

The Great Falls Tribune reported that Gardipee also was wanted for misdemeanor assault at the time of the shooting, which occurred about 2 a.m. Tuesday in the casino along one of the city's main commercial strips.

He was fatally shot about three hours later behind an elementary school.

A fourth person with a gunshot wound showed up at a hospital and was in stable condition as of Wednesday.

Federal, state and local authorities searched for the shooter across the city and found the suspect near the school in a neighborhood, officials said.

Two others face charges in connection with the case and made initial court appearances Wednesday, including a woman accused of harboring Gardipee and who was with him just before the shooting.

Amanda Lynn Gilbreath, 39, was pulled over by police and questioned about Gardipee when authorities were looking to arrest him Monday before the shooting, according to court records. She initially denied knowing where he was, but after the casino killings, she admitted seeing Gardipee numerous times, including "immediately before he left to commit the robbery and triple homicide," according to the documents.

She was charged with felony obstruction of justice.

Komeotis allegedly broke his phone and forcefully tried to avoid being handcuffed when officers tried to execute a search warrant at a house in connection with the case.

A public defender represented Gilbreath and Komeotis. They did not enter pleas at the court appearance, and the public defender did not immediately respond to a message left at his office seeking comment.

A call to the casino where the shooting happened rang unanswered Wednesday. Emerald City Casinos own a chain of restaurants and bars with gambling machines in Great Falls and other Montana locations.