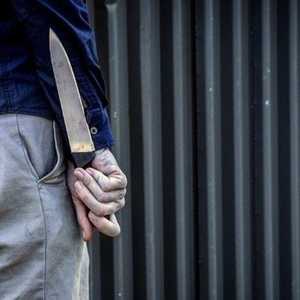 POLICE are calling on the public for assistance after a taxi driver was wounded during an armed robbery on Monday night.

Richmond Police District Chief Inspector Nicole Bruce said around 6.30pm on Monday, a taxi driver picked up a passenger from a Lismore taxi rank in Carrington St and drove him to Richmond St, Casino.

"When they arrived at Casino about 7pm the offender produced a knife and held it to the driver and demanded money," she said.

"A struggle occurred where the driver received a small would to hand which later required stitches.

"The driver ran from the car and the offender attempted to steal the vehicle, however the driver had taken the keys."

Chief Insp Bruce said the offender then fled on foot.

She said the driver received stitches and was released from hospital.

"We have excellent CCTV footage and our forensic police are following up on evidence," she said.

"The man is described as Caucasian, around 25-30 years old, of medium build with a brown shaved head, a goatee and a partial sleeve tattoo on his forearm.

"At the time of the offence he was wearing a light blue-grey T-shirt with the Mambo across the front and dark blue football length shorts."

Anyone with any information on this incident is urged to contact Crime Stoppers on 1800 333 000.