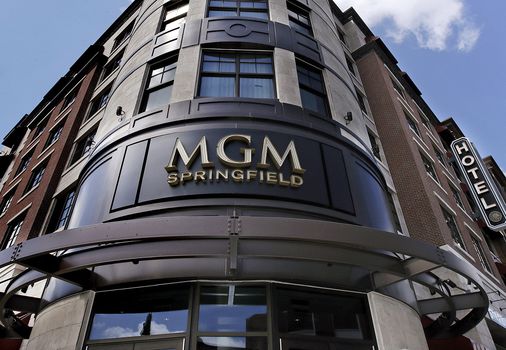 Researchers said the $960 million million Springfield facility became one of the area's highest crime addresses in the 12 months following its opening in late August of 2018.

But researchers found that the effect of the casino was relatively modest, given its massive scale in the context of the city. They found that crime at the casino was comparable to that at the nearby Holyoke Mall -- which had more total crime but less violent crime -- and that it did not have a major effect on the overall crime rates of the area, as some critics had feared.

"To the extent that the casino has 'caused' crime, however, it seems largely confined to the casino itself," read the report prepared by Christopher Bruce, a crime analyst consulting for the commission.

There were 208 arrests at the casino between September 2018 and August of last year. Some incidents involving police were serious; there were five reports of sexual assault and four reports of robbery, Bruce's report said. But the report found that most of the issues at the casino were less severe.

"Nothing existed at 1 MGM Way before MGM Springfield, except a construction site, so anything that happens at the casino specifically can be said to have directly contributed to an increase in crime in Springfield, regardless if the casino influenced increases in crime in the area or not," Bruce wrote.

But the report suggested that increased public safety measures may have balanced out some potential issues in the immediate area.

"We want to thank the police for their vigilance and partnership," MGM Springfield officials said in a statement, adding that they have spent millions of dollars on security. "We continue to be reassured by the report's findings that there has been no significant increase in major crime within the community correlated with MGM Springfield."

Beyond the casino, the report found little evidence that some of the most concerning scenarios offered prior to MGM Springfield's opening had come to pass.

"Despite hypotheses from before the casino opened, there is so far no sign that the presence of the casino has increased crime or calls for service at hotels, restaurants, bars, and gas stations," the report said, noting that one nearby gas station had experienced some issues, "Nor has it increased activity specifically within the radiuses of highway exits to and from the facility."

Similar research on the Plainridge Park slots casino in Plainville also found that the facility had little impact on public safety nearby.

There were some areas of concern: there were more crashes and traffic incidents in the area and an increase in police activity in a few locations near the casino. The report also found some possible connections to a pattern of thefts from vehicles and a spike in purse snatchings nearby, along with an increase in incidents of fraud.