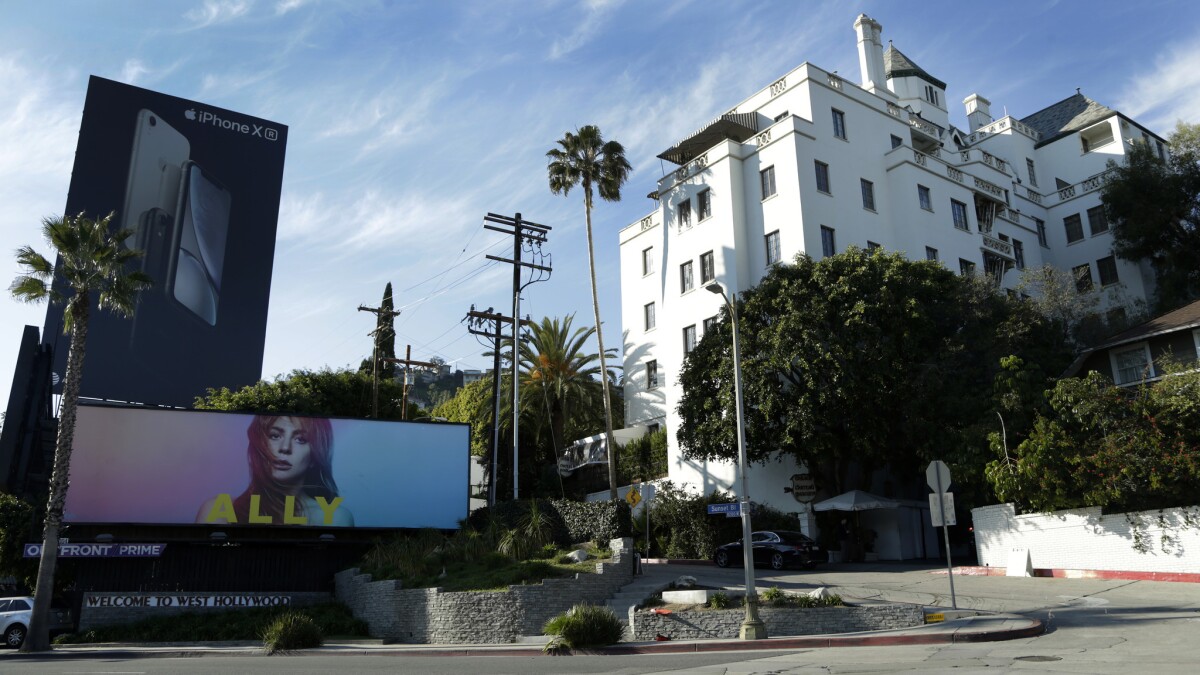 For decades, the luxurious Chateau Marmont in West Hollywood has been a favorite haunt of actors and musicians who enjoyed its secluded European flair and high-end amenities.

But when the coronavirus outbreak pushed hotel occupancy rates to below 30% throughout Southern California, even the famed 91-year-old hotel was forced to take drastic action: The hotel abruptly fired most of its staff without severance pay and only a brief extension of health benefits.

"In the middle of this pandemic, I'm now unemployed and will soon lose health insurance for my entire family," said Walter Almendarez, a bellman who worked 23 years for the hotel.

Chateau Marmont isn't unique in its response to a crisis that is expected to devastate broad swaths of business and industry, whether because of plummeting demand or government mandated closure.

Restaurants, florists, retailers and others have abruptly laid off employees in recent days. Lucky workers get some pay and health benefits to tide them over. The majority, however, have only unemployment benefits to look forward to.

Only weeks ago, the nation's $550-billion lodging industry was thriving amid record-breaking travel demand and a surge in international visitors. Now, hotels in California alone are projected to lose more than 125,000 jobs in the next few weeks, more than in any other state, according to the American Hotel and Lodging Assn., a trade group for the country's hotel industry.

An additional 414,000 jobs that are supported by the hotel industry, such as waiters, busboys, bartenders and limousine drivers, could disappear in California over the next few weeks, the group said.

Already the crisis has forced the closure of several high-profile local hotels including the Hyatt Andaz in West Hollywood, the Fairmont Miramar Hotel and Bungalows in Santa Monica and the Luxe Rodeo Drive in Beverly Hills. All laid off their workers without severance, although hotel workers who are union members keep health insurance and get the right to be hired back after the crisis is over.

But not all businesses are responding the same way.

About 16 miles from the Chateau Marmont, managers of the Commerce Hotel and Casino in the City of Commerce announced they would continue to pay the base salary of all 2,500 employees while the operation remains closed, as well as provide health insurance for those who had the benefit

The casino and its hotel closed nearly two weeks ago, along with several other California casinos after Gov. Gavin Newsom recommended canceling large gatherings to help slow the spread of the virus, and local government began to call for the closing of nonessential businesses.

On Wednesday, the governing board of the Commerce Hotel and Casino voted to pay all employees their base pay and health benefits during the closure of the casino.

Chazz Nava, a bartender who has worked at the casino for 15 years, said he was not surprised by the casino's decision. His father worked in the casino for 25 years before retiring.

"They don't treat us like machines here," he said. "I know it was going to happen because they always treat us well. They treat us like family."

Caesars Entertainment, which closed all of its hotels and casinos in North America, announced March 17 plans to continue paying full-time and part-time workers for up to two weeks and continue to provide benefits during that time. In addition, Caesars said employees enrolled in the company's benefits plan will not lose coverage through June 30.

Hyatt Corp., which manages or has franchise deals with 460 hotels, announced Wednesday that it planned to suspend operations at some hotels, put workers on temporary furlough and cut pay and hours for others.

The hotel giant did not offer more details on the pay cuts but added that Hyatt was in the process of creating a fund to benefit "those colleagues with the most pressing financial needs due to loss of income," the company said in a statement. The money for the fund will come from salaries that Hyatt executives have waived entirely or reduced by half.

Marriott, the world's largest hotel company, with 30 hotel brands and more than 7,000 properties worldwide, has said it has been forced to either cut back work hours or furlough a large portion of its workforce. Marriott International had 174,000 employees around the world at the end of 2019, according to securities filings.

Unions representing hotels workers say members are typically treated better during business downturns or bankruptcies than are nonunion workers. Union contracts often require that workers keep health benefits for a period after they are furloughed and are guaranteed to be called back to work when the crisis subsides.

Chateau Marmont, where workers weren't unionized, released a statement Thursday saying the hotel plans to cover health insurance for employees until TuesdayMarch 31, less than two weeks after workers were notified that they were being laid off.

"The company is in the process of launching initiatives that will aid a fund which will help support employees in this time of need," the hotel said in the statement.

Unite Here, Local 11, which represents 32,000 hotel, restaurant and other workers in Southern California, was contacted recently by about 20 hotel workers who said they were fired without benefits from Mr. C's, a boutique hotel in West Los Angeles. A representative for Mr. C's could not be reached for comment.

"We've never seen anything like this before," said Kurt Petersen, co-president of Unite Here Local 11. "These are massive closures."

Petersen said he is hopeful that the $2.2-trillion stimulus bill will help out-of-work hotel employees pay their bills until the hotel industry begins to recover.