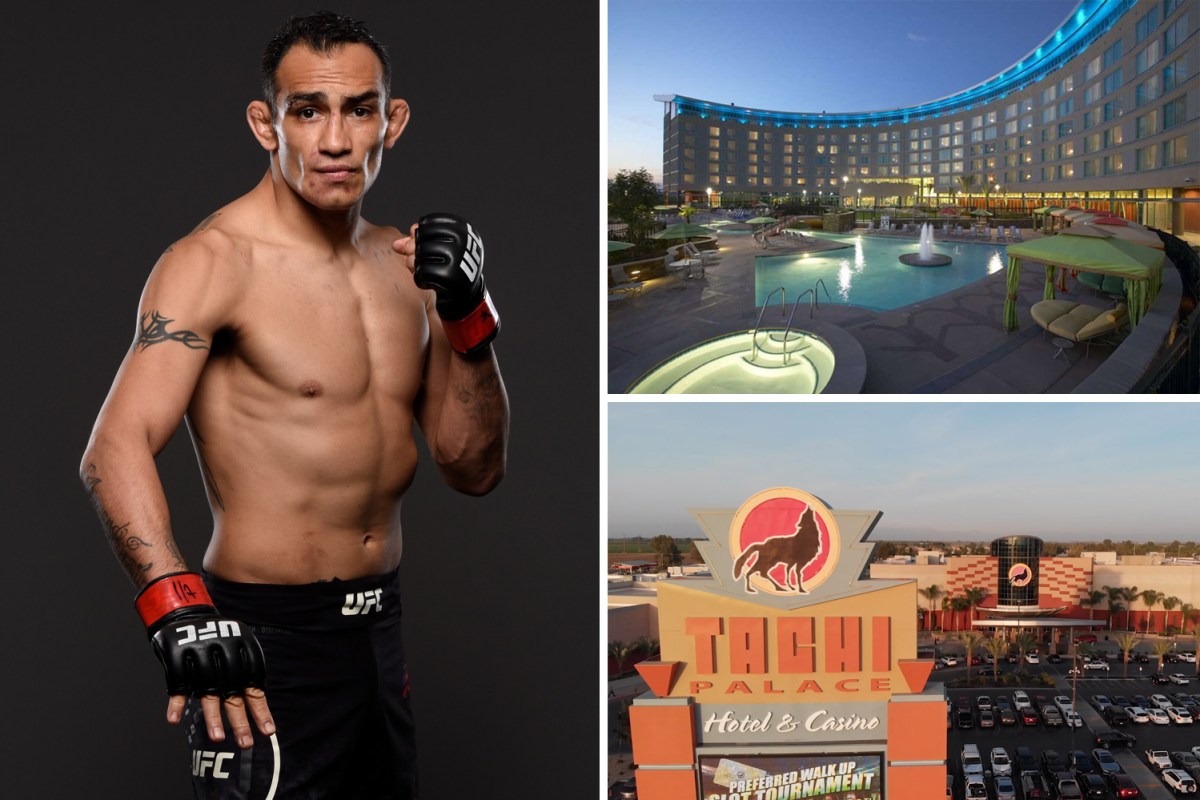 Dana White is set to host the pay-per-view event at the Tachi Palace Casino Resort in order to swerve coronavirus distancing guidelines.

This month's blockbuster event was originally scheduled to take place at the Barclays Center in Brooklyn.

But that plan was axed after New York put a ban on mass gatherings before going into lockdown.

The New York Times followed up Jeff Sherwood's claim that UFC 249 will go ahead on tribal land in Central California on April 18.

It is located on land owned by the Tachi-Yokut Tribe - who are part of the Santa Rosa Indian Community.

The California State Athletic Comission have put a ban on all combat sports events until the end of May.

But as UFC 249 will take place on tribal land, it will not have to adhere by the state sports regulations.

Speaking earlier this week, UFC chief White said: "I'll tell you this, I'm this close to getting a deal done.

"So, this place where this fight to be going on April 18, I have locked up for months, so I'm going to continue to pump fights out."

The Tachi Palace Casino Resort in Lemoore has been closed since March 20.

It has been used for hosting MMA events in the past and 22 of the first 24 World Extreme Cagefight cards were held there.

White has also claimed he will host UFC events on his own private island.

He said: "I have a private island that I've secured.

The UFC 249 event is still going ahead despite Khabib Nurmagomedo pulling out of the main event against Ferguson.

Khabib, who beat Conor McGregor in 2018, has been replaced by Gaethje as he is on lockdown in Russia.