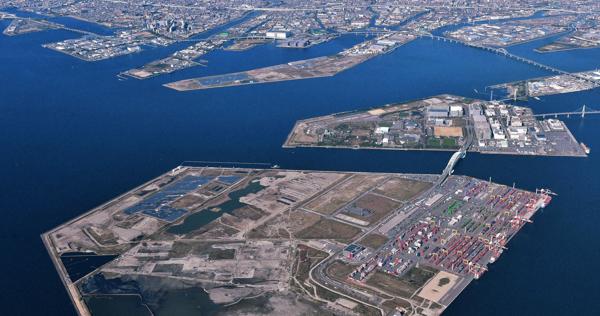 TOKYO -- The world expo body is set to ask Japan not to open any "integrated resorts" with casinos in the Osaka area during Expo 2025 in the western Japan prefecture, sources familiar with the matter said on Dec. 20.

Osaka Gov. Hirofumi Yoshimura responded to the news, "I'm assuming the Bureau (of International Expositions, BIE) is of the view that an extravagant grand opening of an integrated resort right next to the Expo site is undesirable. I think it's all right to open such a resort before the Expo."

The Osaka prefectural and municipal governments are aiming to open a casino resort next to the Expo 2025 site on Yumeshima, a man-made island, before the event. The governments are set to begin calling for project proposals from prospective resort operators this month.

However, the local governments have abandoned requiring the successful operator to open the facility before the expo. The shift was prompted by resort operators' concerns that the construction timeframe was too short and would coincide with work on the expo venue.

Meanwhile, the Cabinet of Prime Minister Shinzo Abe on Dec. 20 approved a plan to hold Expo 2025 Osaka on a 155-hectare site on Yumeshima from April 13 to Oct. 13, 2025. Tokyo will submit the plan to the BIE by the end of this year and aim to have it approved at a bureau general meeting in June 2020.

According to the Expo plan, the main theme of the expo is "Designing Future Society for Our Lives," with the three subthemes of "Saving Lives," "Empowering Lives" and "Connecting Lives."

Construction costs are estimated at some 125 billion yen (about $1.14 billion), and the projected operating expenses will come to some 81 billion yen ($740 million).

After the expo ends, local business organizations as well as the prefectural and municipal governments will set up and promote a redevelopment plan for the exposition site.